Well….it rained on our clean-up! Despite this, it was a success after all.

This was a rather official event: organized by the Region of Attika (analogous to District, County, Department – the “Government”), by the local municipality of Spata-Artemida, the Ornithological Society and a few of us softies at HCMR (another “Government” facility). So we met the “wetland”. The marshes, beach, the skies were full of water…raining off-and-on, changing colours, big storm clouds building, moving above us.

The Regional Government brought a half bus-load of people and the local volunteer forces showed up; and the SKAI TV station came – boy it was getting serious… Then the wind started to blow – the mountain-sized storm-cloud opened up – sun beams blasted through, a rainbow glittered in the distance.

God it was beautiful.

And yes we picked up some trash.
But most of all we talked – all supporting the wetland. WE can do it, we can protect it as a “nature park”. We believe in this.

A vote for the wetland.

Then torential rain started and we went off for “tsipoura” (really strong greek spirit); courtesy of the “Crazy Chicken Restaurant” on the beach at Loutsa. We drank, smoked, ate together. New friends. A community…In support of a wetlland.

Thats all it takes. 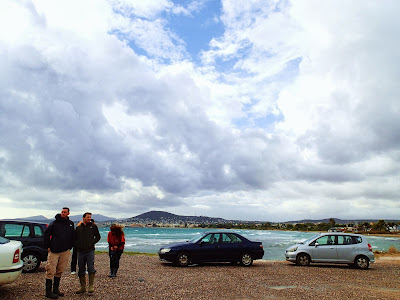 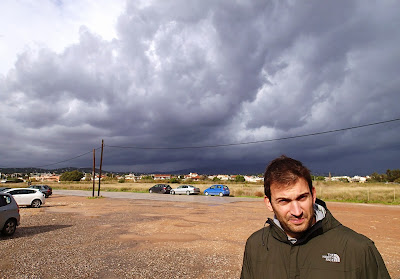 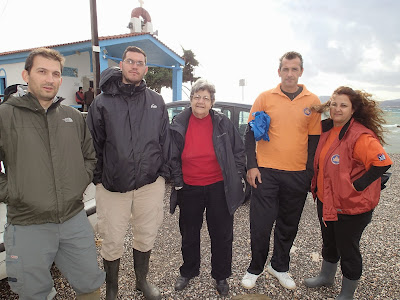 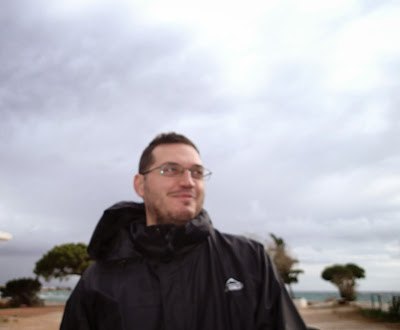 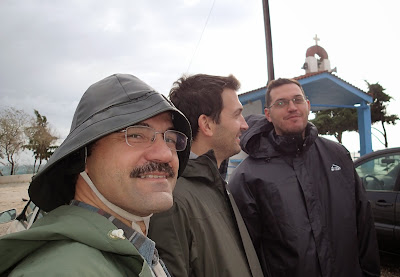 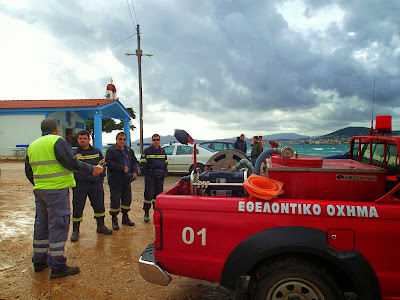 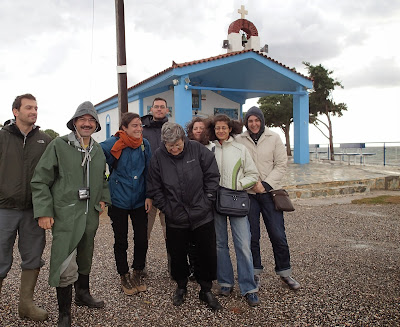 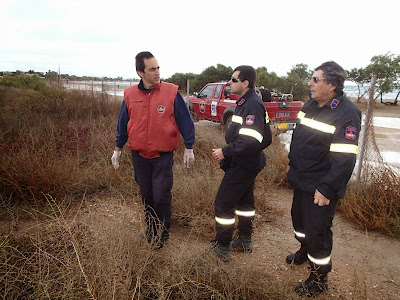 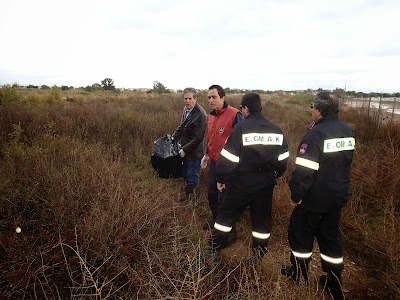 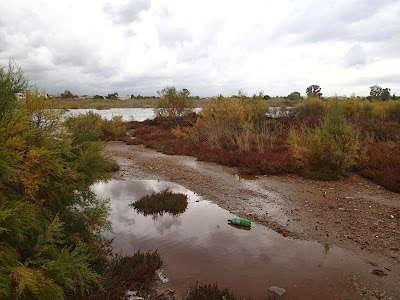 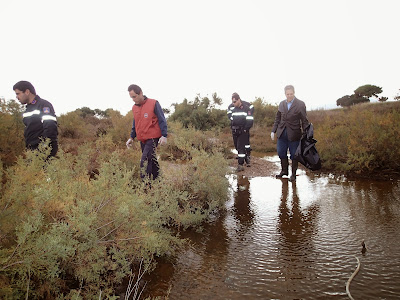 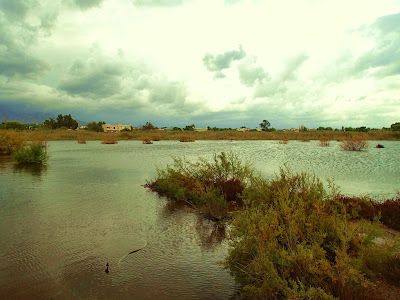 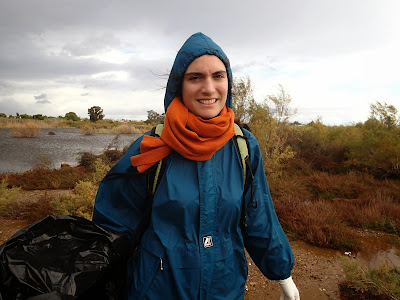 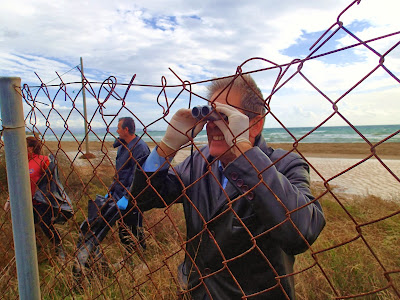 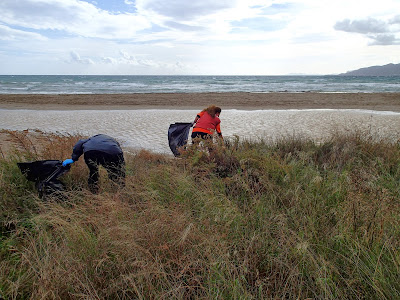 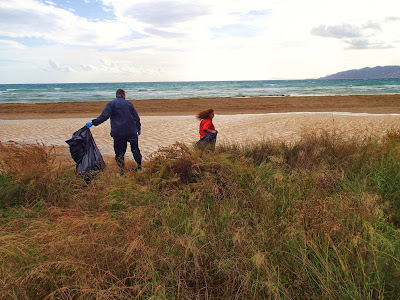 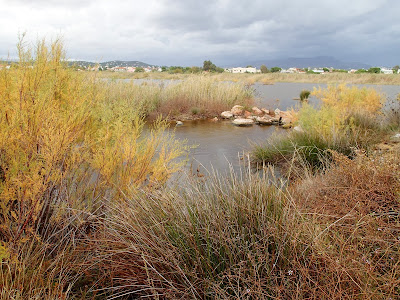 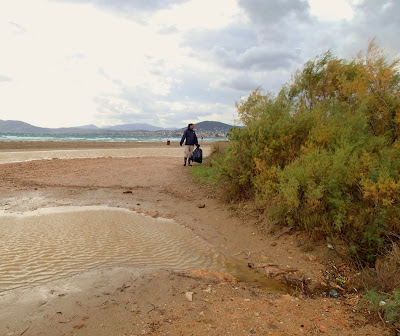 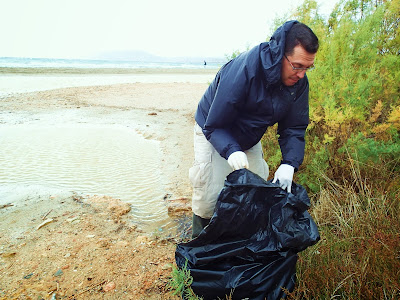 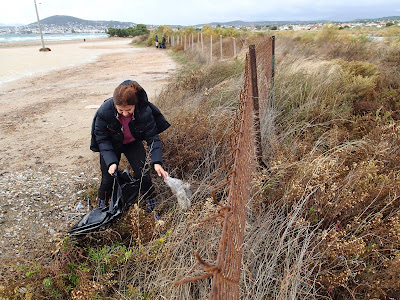 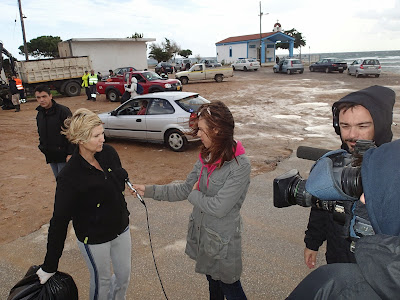 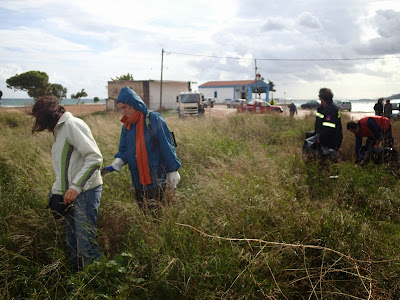 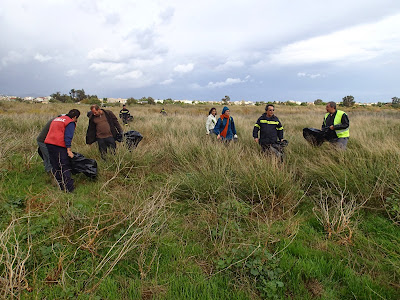 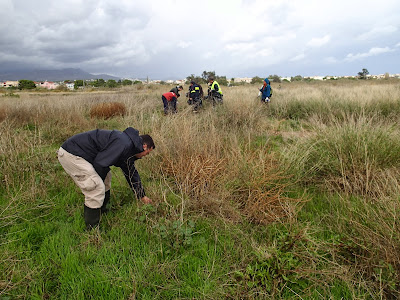 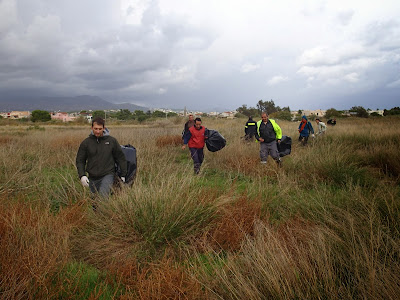 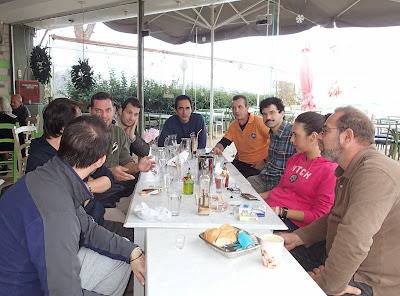 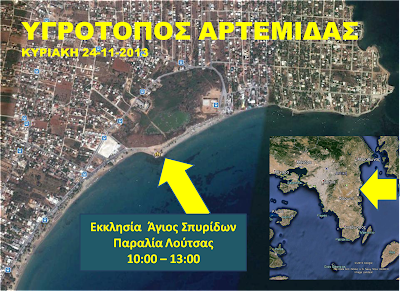 (This clean-up was initiated after a phone call to the Attika Regional Government and our support of a small wetlands initiative by EKBY. I want to thank everyone who made it such a success. Over 40 people participated in the clean-up – a true vote for the wetland’s protection – in the rain. Many of these supporters are in the photos above. From the Region of Attika, Marilena Ivraki, from HOS, Lefteris Stavrakas(Attika’s greatest BIRDER) and Roula Trigou, from HCMR, Ioannis Karaouzas. The local Municipality of Spata-Artemida, including its garbage collection people and the local volunteers especially the EOMAK team- Disaster Support Volunteers (http://eomak.blogspot.gr/) who have done clean-ups at Artemis Wetland many times before. Also thanks to Panayotis for treating us at the Crazy Chicken!
Finally I would like to dedicate this blog post to the late Tim Samaras – the storm-chaser scientist who was tragically killed studying a tornado this May in Oklahoma (http://news.nationalgeographic.com/news/2013/10/131023-national-geographic-cover-tim-samaras-tornado-storm-chaser/). It just takes a few passionate people to open our eyes to the beauty of a storm. That makes culture evolve).