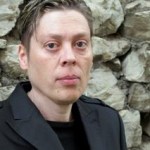 Her current research interests include Biodiversity conservation, Ecology, biology and diet of endemic fish species and interactions of endemic freshwater fish species with alien species. She has participated in 24 national and international projects, in 6 as scientific coordinator or project manager. In 2010, she became a visitor Lecturer at the University of Athens, Department of Methodology, History and Theory of Science, and taught the module of “Selected topics in the history of medicine” for the spring semester.