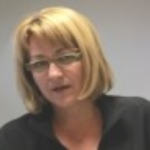 Since 1995, she works as a Researcher at the Hellenic Centre for Marine Research, where she holds the position of Research Director since 2008 (at the current Institute of Marine Biological Resources and Inland Waters).

She has participated in 44 Research and Development Projects, in 21 acting as scientific coordinator and/or project manager. She has authored or coauthored 38 peer reviewed publications and one monograph, as well as 28 extended abstracts and 49 abstracts in congress proceedings and more than 75 technical reports and deliverables of research projects. She was a member of the Editorial Board of the Electronic Journal of Ichthyology and is a referee in several international scientific journals. She participates as expert in the IUCN working group for freshwater fishes and as an alternate member in the Natura 2000 Committee of the Ministry of Environment and Energy (2020-today).