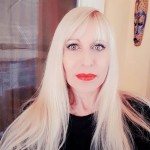 At the Hellenic Centre for Marine Research, Mrs Zacharaki was involved in organizing conferences, workshops, etc. She took over the secretariat of the HCMRs Board of Directors and then the vice-president’s secretariat.

During that time, she went to the General Secretariat for Research and Technology. Her duties there was the secretariat at the ERE Directorate and, in addition, the internal protocol department. She also was secretary of proposal evaluation committees and she audited companies that had been approved for program implementation.

Then, Mrs Zacharaki returned to HCMR as a secretary of the Head of Human Resources Department, the Director of the Institute of Oceanography, and then the Vice-President of HCMR.
She has participated in many Conferences, as a member of the organizing committee. For the past two years and on her own initiative she have taken up the HCMRs protocol, following the sudden departure of colleagues (resigned to retirement).

Recently she holds the Secretariat of the Director of Institute of Inland Waters.