While careful management has helped stabilize or even improve the state of fisheries resources in some parts of Europe, the situation in the Mediterranean has deteriorated over the past 20 years. In a new report evaluating nine fish species reported in the Cell Press journal Current Biology on July 10, scientists call for stringent monitoring of Mediterranean fishing activities, better enforcement of fisheries regulations, and advanced management plans in Mediterranean waters.

Their data show that the fishing pressure in the Mediterranean intensified continuously from 1990 to 2010, with more and more fish caught as juveniles. If those young fish were allowed to reach maturity and reproduce at least once, it would greatly improve Mediterranean fish stocks. 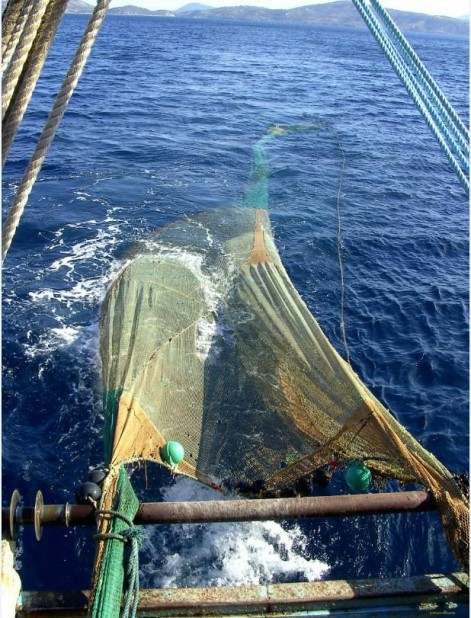 Vasilakopoulos, along with colleagues Christos Maravelias and George Tserpes, analyzed European Mediterranean fish stocks representing nine species from 1990 to 2010 to show that the exploitation rate has steadily increased as selectivity has deteriorated and stocks have dwindled. Species-specific simulation models show that stocks would be more resilient to fishing and produce higher long-term yields if harvested a few years after fish reach reproductive maturity. That’s especially true for species such as hake and red mullet, which live at or near the bottom of the sea and are often scooped up by trawl nets in very large numbers.

The researchers say that many more fish species are likely to be in a similar state of decline, both in the Mediterranean and in seas of other resource-limited regions of the world, including China, sub-Saharan Africa, and the tropics.

“The European Common Fisheries Policy that has assisted in improving the state of NE Atlantic fish stocks in the past 10 years has failed to deliver similar results for Mediterranean stocks managed under the same policy,” the researchers write. “Limiting juvenile exploitation, advancing management plans, and strengthening compliance, control, and enforcement could promote fisheries sustainability in the Mediterranean.”