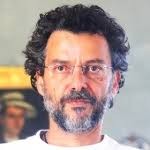 During 1986-87 he has held a position as a research associate, and during 1987-90 as a research collaborator in the Department of Biogeochemistry, Inst. of Geology & Palaeontology, University of Hamburg. During 1990-94, he was the head of the Department “Environmental Research & Technology” Technology Transfer Intratech Ltd. He has been working as a researcher at HCMR since 1994 and since 2008 as a research director. He has attended special training courses in “River Habitat Survey”, Scotland, June 1999 and in the “First Electrofishing Seminar in Greece”, June 2012. In 2010 he visited the Leibniz-Institute of Freshwater Ecology and Inland Fisheries (IGB) for a month and collaborated on the ecology and assessment of temporary streams, the state and trend of European river deltas, and the development of research projects.

He has contributed 4 monographs, 150 papers in peer-reviewed journals, 18 book chapters and one book, 165 conference presentations and 195 presentations in seminars etc.

He supervised 5 MSc and 5 PhD theses.

He has participated in the Steering Committee of 4 national or international Symposia/Congresses and organized/coordinated 7 Workshops. He serves on the Editorial Board of the journal Mediterranean Marine Science.

He received two awards: for LIFE “ENVIFRIENDLY”, one of the top five ‘Best of the Best’ LIFE Environment Projects in 2009 and the ECOCITY 2011 award for “Scientific Research”.